A. St. Francis and My Father’s House

B. Uniqueness of the Order of Eden Franciscans

6. Mary the Mother of Jesus
7. Mary belongs to an “Order of Eden”
8. The Environmental and Global Warming
9. Mary Gardens Outside Garden or Inside Pot
10. Wholeness, a Holistic lifestyle and Healing
11. Diet, Fasting, Health and Long-life
12. Jesus Divine Life and Humanity emphasis
13. High Christology and Low Christology
14. The Sacred Senses and the Way of Beauty
15. St. Francis was a Charismatic
16. Covenant Communities
17. The Scriptural Rule
18. The Communion of Saints
19. The Christian Pilgrims Progress
20. The Purgative, Illuminative & Unitive Ways
21. Seven Dimensions of Purification

C. The Order of Eden in Tradition

D. Becoming Part of the OEF

Fr. Bill McCarthy is from the Missionaries of the Holy Apostles which came from the Order of Friars Minor (OFM) and Jim Tibbetts is from the SFO, so they bring the best of both Franciscan orientations. This group started out as a charismatic prayer group in 2017 and developed into a charismatic Franciscan covenant community in 2018 and formed the Order of Eden Franciscans in February 2019, with twelve members, who are growing and having fun. In February 2020 most of them professed final vows into this OEF covenant community.

The Virgin Mary belongs to an “Order of Eden” a model for us all. The definition for this comes from the Journal article: Our Lady of Eden, 1974, Marian Studies, Marian Library, Dayton University, Ohio. The Order of Eden is about the line of succession and linage from Adam and Eve to Mary’s Jewish parents and her uniqueness as the New Eve, and as the Daughter of Zion (Zephaniah 3.14-17) because she qualifies as a personification of the elect people, the “kosher woman.” It is the Virgin Mary who is the first member of the Order of Eden. It is through this first Order that all the other religious orders came out of spiritually. She is the Model par excellence, Advocate, Cum-redemptrix and Immaculate (purified) One. She her list of Titles in, Order of Eden Franciscans Biblical Titles of Mary Mother of Jesus
Rule of Life.

Along with these is the Carmelite emphasis (St. Therese of Lisieux, St. Teresa of Avila and St. John of the Cross) which is very similar to the Franciscans. Along with these enclosure monastics we emphasize St. Benedict (Benedicts order) and St. Bruno (Carthusian order), and St. Theophan the Recluse (Russian Orthodox hermit, the Jesus Prayer) and their approach. This Carmelite emphasis fills out the lacking of mysticism emphasis and teachings needed in the Franciscan movement. This grouping of Franciscans and Carmelite forms the basic mix of spirituality for the domestic OEF. The St. Benedict, St. Bruno and St. Theophan approach emphasis fills out the monastic/hermetical emphasis.

See the Appendix, section 3. Order of Eden Franciscans for a more detailed explanation of the OEF.

Three key scripture verse is foundation here;
“In My Father’s House there are many mansions.” John 14:2
There are different ministry and community, religious orientations in spirituality, as we blend them together here.

Jesus said to us; “I came so that you might have life
and have it more abundantly.” John 10:10

“Beloved I hope you; are in good health – may you thrive in all other ways as you do in the spirit.” John 2:3

Having abundant life, being healthy and healed and thriving in the Spirit are the goal and context here!
Praise God from whom all blessings flow!

May God bless you with health and healing.
Thank you for your interest and God bless.

In Jesus and Mary, 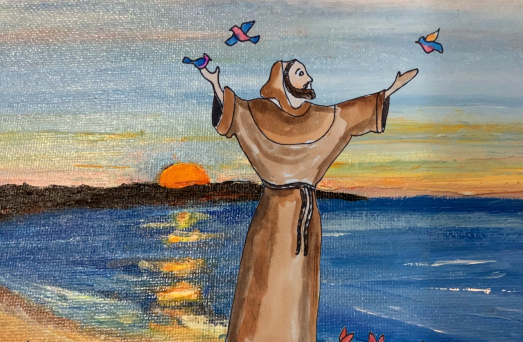 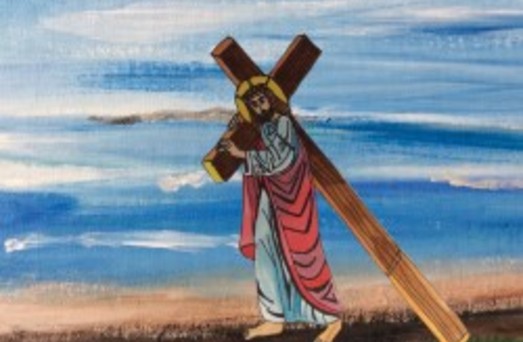