This OEF group of secular (lay, domestic) followers in the Franciscans and Carmelites are mostly married, some single, who gather once a month as an OEF fraternity. The Franciscan Family, as one among many spiritual families raised up by the Holy Spirit in the Church, and unites all members of God’s people.
(Profession with Fr. Bill McCarthy MSA)

Lay, and religious – who recognize that they are called to follow Christ in the footsteps of Saint Francis of Assisi, Saint Clare of Assisi, St. Theresa of Lisieux, St. Padre Pio and other notable Saints.

The OEF is an organic framework of Catholic Saints as models, who strive for perfect charity in their own secular state in a committed, Franciscan and Carmelite covenant community to serve the Lord. This OEF group is not imposing a devotion but let’s everyone find their own personal devotion, for the purpose of growing in relationship with God. 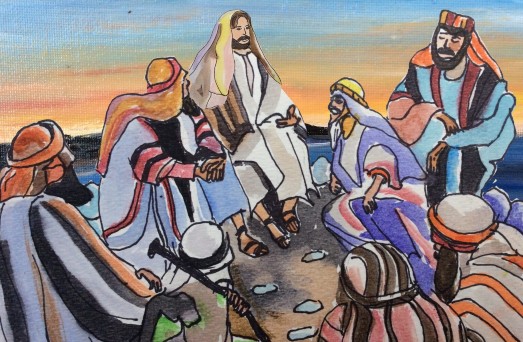 Jesus told his disciples to bear his yoke together, in community too (Mt 11:29). In community, the Lord manifests his presence in the midst of his people (Mt 18:20). My Father’s House (MFH) retreat center is located in Moodus, Connecticut. Its thrust is Catholic and ecumenical, charismatic and mainstream, individual, family, Spirit-filled and community oriented. 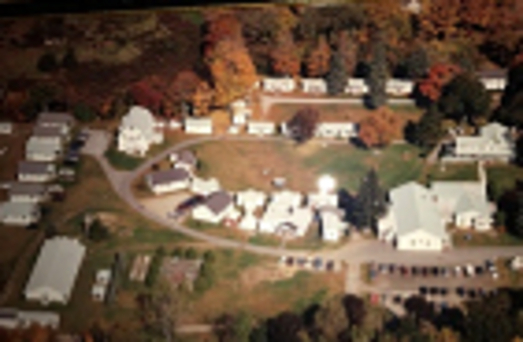 The order of Eden Franciscans was started at MFH and the spirituality centers on a personal relationship with Christ and since Jesus spent part of his time healing – likewise My Father’s House is a place of healing. Healing of the body and soul comes about through good nutrition, Christian teachings, meditation, relaxation, exercise, fun, prayer, forgiveness and an open heart for God’s grace and beauty to enter in. In my Father’s House there are many rooms. 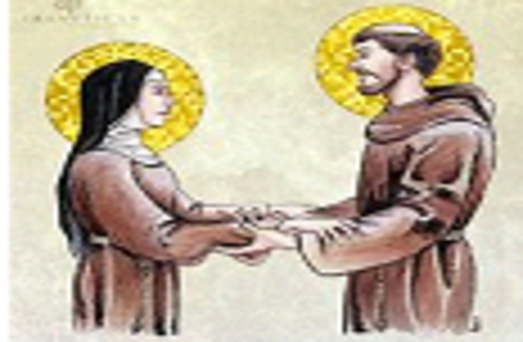 The Order of Eden Franciscans meets 3:00 o’clock the 2nd Sunday of each month at My Father’s House. Come to the meeting for more information contact; Theresa Root 860-798-9372, pt101483@comcast.net They have other activities and a yearly weekend retreat. www.myfathershousect.org 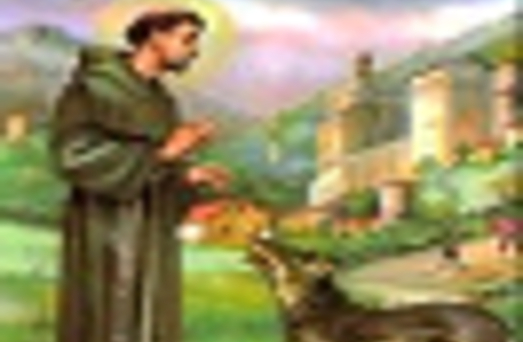 The Order of Eden Franciscans (OEF) have devotion to the Eucharist, to the Rosary; Our Lady of Fatima and Our Lady of Guadalupe. We praise the Lord and share Mass together, go to events and musicals and other activities supporting the Arts and the Church. Our devotion to the Blessed Virgin Mary is part of the group. We support the ministries and groups at the local Church and Diocese; as we seek to grow in the OEF lifestyle together. 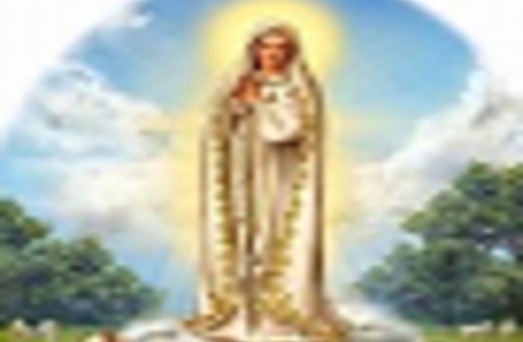 Do you need support in your spiritual pilgrimage or a community? Do you think God may be calling you to follow the Gospel after the manner of some great saints like St. Francis of Assisi, St. Clare, St. Padre Pio; St. Teresa of Avila, St. John of the Cross or St. Therese of Lisieux; perhaps God is calling you? If you answer “yes” to questions like these, please join us at one of our monthly Gatherings or contact us to talk. 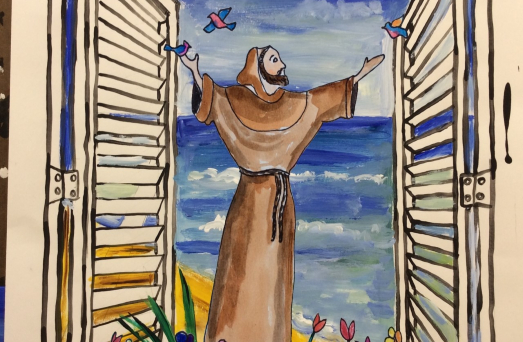 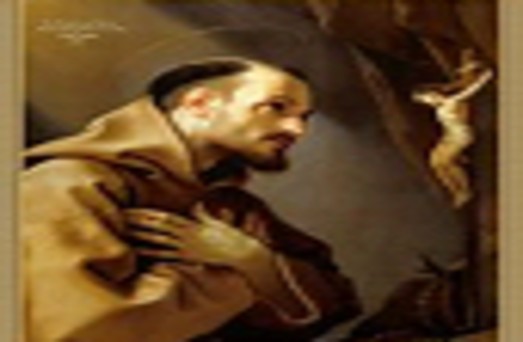 The Spirit, who creates community (Eph 4:3ff), constantly seeks to manifest Himself in concrete expressions of grace (charismata) such as in 1 Cor 12. The charismatic renewal is a prayer movement that has many healing testimonials which come from prayer and praise. The OEF are encouraged to go to a “Life in the Spirit” seminar and be baptized in the Holy Spirit and pray with the gifts. 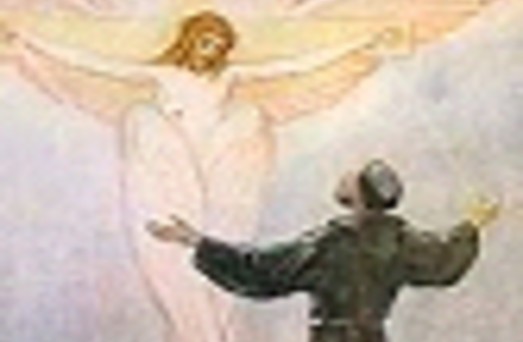 Mary is the Mother of Jesus, Mother of the Eucharist, Mother of His Mystical Body, the three theological bodies. Devotion to Our Lady of the Rosary and Our Lady of Pentecost through the rosary, praise and meditation and other devotions is part of our charism. Hail Mary Full of Grace! 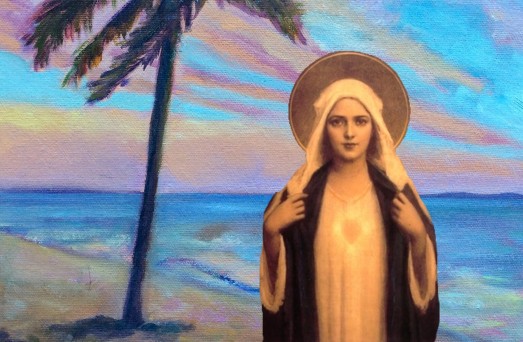 St. Francis of Assisi is the patron saint of ecology, we, Order of Eden Franciscans are concerned about the environment and about climate change. The diet and lifestyle make a difference to the climate. We have only one earth and need to take care of Mother Earth! “Come! Let us raise a joyful song to the Lord!” St. Clare 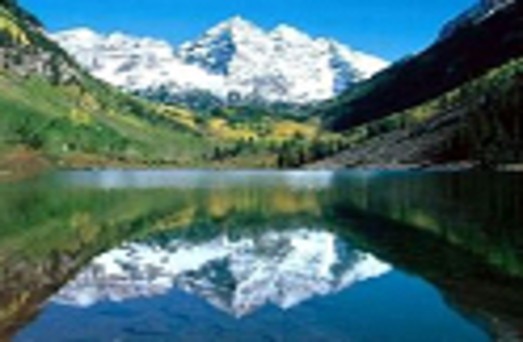 The Communion of Saints, is part of the religious charism of the OEF group. Everyone is to find their own personal devotions to Saints, the main OEF Saints in order are below.  There are three orders that are foundational for the OEF:  Franciscans, Carmelites and the Minims. The Order of Eden is built upon these three foundations, along with these are aspects of the Benedictines and Carthusians. 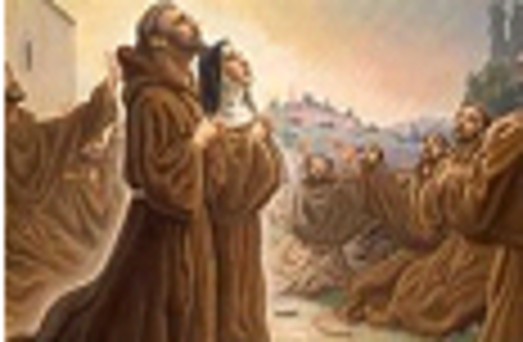 St. Clare of Assisi founded the Poor Clare’s in the Franciscan tradition, a cloistered religious group. The nuns went barefoot, slept on the ground, ate no meat and observed almost complete silence; she wrote the rule for their order. In the beginning they were directed by St. Francis of Assisi himself and following his strict rules. 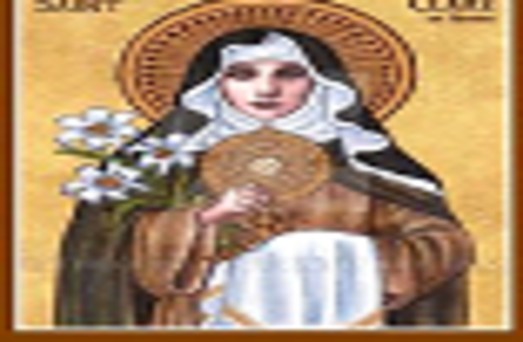 St. Francis of Paolo, learned from the Franciscan friars, then left, became a hermit and started his own order and were mostly hermits. He was in Italy and one of the greatest healers and miracle working saints of all time, his body was incorrupt.  He founded a Franciscan order of hermits and it was later retitled, the Order of Minims. 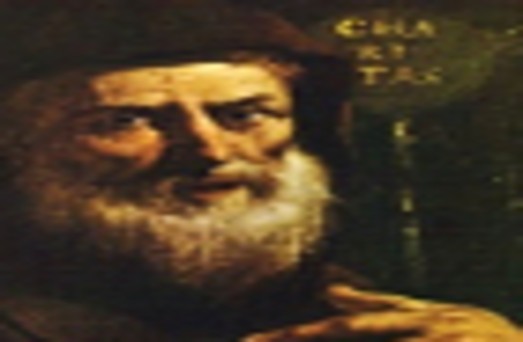 St. Padre Pio, was an Italian friar, a priest, stigmatist, and mystic, was canonized a Saint (2002) by Pope John Paul II. He had the gift of reading souls, the ability to bilocate, he worked miracles and had many healings. In 1918 he received the stigmata.  He belonged to the Capuchin Franciscans. 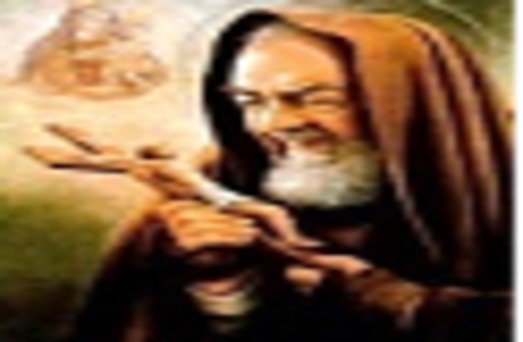 St. Therese of Lisieux a French Carmelite; her simplicity and practicality of her approach to spiritual life became an influential model of sanctity and she is a Doctor of the Church. Pope Pius X called her “the greatest saint of modern times”. St. Teresa of Avila and St. John of the Cross have reformed the Carmelites and are both Doctors of the Church. 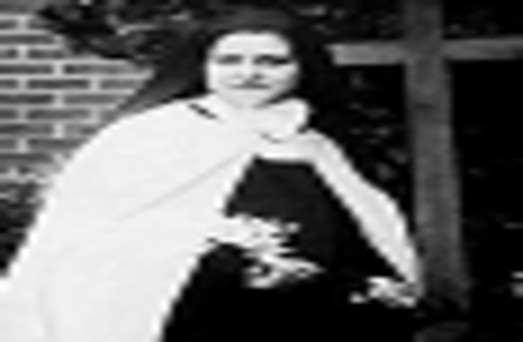 Informally three groups of Contemplatives are part of the Order of Eden.   St. Benedict (the founder of the Benedictines, and later the Trappists) and St. Bruno (the founder of Carthusians) and St. Theophan the Recluse (Russian Orthodox Bishop and Hermit) are also part of this comparative contemplative approach to get the best of these traditions for the OEF, and a hopefully future contemplative/ hermetical branch(s)!  Praise God! 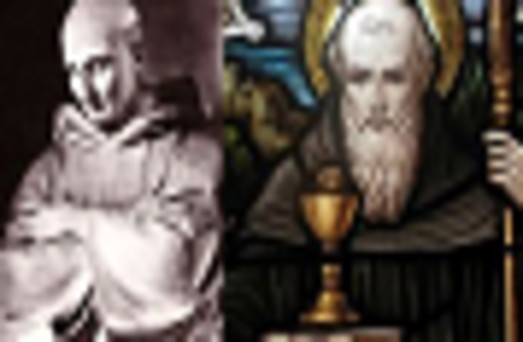 The Order of Eden Franciscans (OEF) emphasize purification by teaching how to juice fast and encourages a pure (kosher) diet, healthy (plant-based, life-food) diet; it is about a lifestyle for wholeness, health and healing. A “Health & Healing” retreat at MFH; and more to become Happy, Healthy and Holy. This can help heal degenerative diseases with physiological and spiritual purification.  The three religious orders; Franciscans, Carmelites and the Minims all emphasize a plant-based diet to one degree or another; as do the Carthusians. 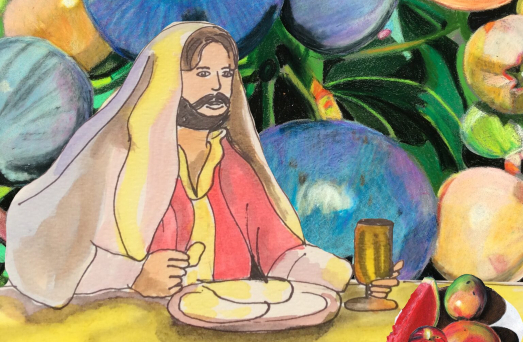 Background for the the New Adam and Eve – Order of Eden

Now the man called his wife’s name Eve because she was the mother of all the living (Gn 3.20).  The Virgin’s name was Mary (Lk 1:28), mother of Jesus, mother of all Christians (cf. Acts 1:14).  Mary was called the New Eve as Jesus the New Adam.  Both the old and the new ate a plant-based diet.   The post-apostolic Fathers St. Justin (155) and St. Irenaeus, (circa 177) both write on the Eve-Mary parallel, which indicates that it is a traditional teaching of the church.  Irenaeus also knew St. Polycarp who was a disciple of St. John.  The schema of the parallelism of Irenaeus (in Haereses III, 22,4) is thus;

For, as St. Irenaeus says, she “being obedient, became the cause of salvation for herself and for the whole human race.”  Hence not a few of the early Fathers gladly assert with him in their preaching: “the knot of Eve’s disobedience was united by Mary’s obedience: what the virgin Eve bound through her disbelief, Mary loosened by her faith.”  Comparing Mary with Eve, they call her “Mother of the living.” (St. Epiphanius) and frequently claim: “death through Eve, life through Mary.”  (St. Jerome, St. Augustine, St. Cyril of Jerusalem, St. John Chrysostom, St. John Damascene)  This is stated in the Documents of Vatican II (LG 56); and in the Catechism of the Catholic Church (494).

Reform is at the heart of purification of the body and soul, and the penitent movement is found throughout the church Fathers.  In the Patristic period of the Church Fathers, (100-500 A.D.) reform was meant for personal reform or the reform of individual members of the Church.  It is not until after about 1000 A.D. that the idea of institutional or comprehensive reform of the Church body appeared.

The Latin, or western, fathers also focused on a return to Adam’s previous condition, but they saw something more at work. Tertullian (ca. 160-220) was the first Church Father to express the belief that the Christian receives a fuller measure of grace than Adam received because Adam lived before Pentecost (i.e. Christ and baptism of Holy Spirit).  Jesus’ resurrection brings humanity to a state beyond Adam’s; Adam could never have reached this better state without Christ’s redemptive death and resurrection.

New Garden of Eden in Nazareth –  The fertile-crescent in Israel was a Garden of Eden for the Virgin Mary.  The many types of fruit trees and orchards and gardens and grain fields that the Jewish people worked with were a very healthy and wholesome food source.

“For the Lord thy God brings thee
into a good land, a land of brooks, of water, of fountains with depths that spring out of valleys and hills; a land of wheat, and barley, and vines, and fig trees, and pomegranates: a land of oil, of olives, and honey.”    Deuteronomy 8

“I will bring about the restoration of my people Israel; they shall rebuild and inhabit their ruined cities, plant vineyards and drink the wine, set out gardens and eat the fruits.”      Amos 9

Mary the New Eve an Order of Eden  –  Mary belongs to an “Order of Eden” a model for us all. The Order of Eden  (Journal article: Our Lady of Eden, 1974, Marian Studies, Marian Library) is about the line of succession and linage from Adam and Eve to Mary’s Jewish parents and her uniqueness as the New Eve, and as the Daughter of Zion (Zephaniah 3.14-17) because she qualifies as a personification of the elect people, the “kosher woman.”  It is the Virgin Mary who is the first member of the Order of Eden.    As St. John the Apostle in the Bible[1] stated:

“My dear friend, I hope everything is going happily with you and that you are as well physically as you are spiritually.”       3 John 2  JB       or another translation:

[1] Note: JB is Jerusalem Bible; LaB is Holy Bible from the Ancient Eastern Text, George M. Lamsa’s Translation from the Aramaic of the Peshitta.